Several recreational and professional drone pilots are wondering when the company will launch DJI Mavic 3 Pro drone. It is among one of the most awaited gadgets that has several consumers looking forward to having their hands on it. Since August 2018 was the date DJI rolled out Mavic 2 Pro / Mavic 2 Zoom, the idea of Mavic 3 Pro is approaching on the horizon.

While the release date of the new Mavic 3 Pro drone is unknown. There are rumors going around that the potential launch date is January 2020. Which is surprisingly close considering the fact that there isn’t much of activity going on regarding the Mavic 3 Pro drone.

DJI is well known for utilizing leaks as their marketing tactics to get consumers on the hype train. Although, the company has been surprisingly quiet. Could it be because of the Autel EVO 2 drone that is planned for launch in the same month with its hulking 8K video capabilities?

Regardless, we are listing out the specifications as per leak. Keep it in your mind that nothing is set in stone yet. DJI can well of course make adjustments / improvements to the potential Mavic 3 Pro drone if they determine that a competitive edge is necessary to maintain a deep pocket line in the consumer market. 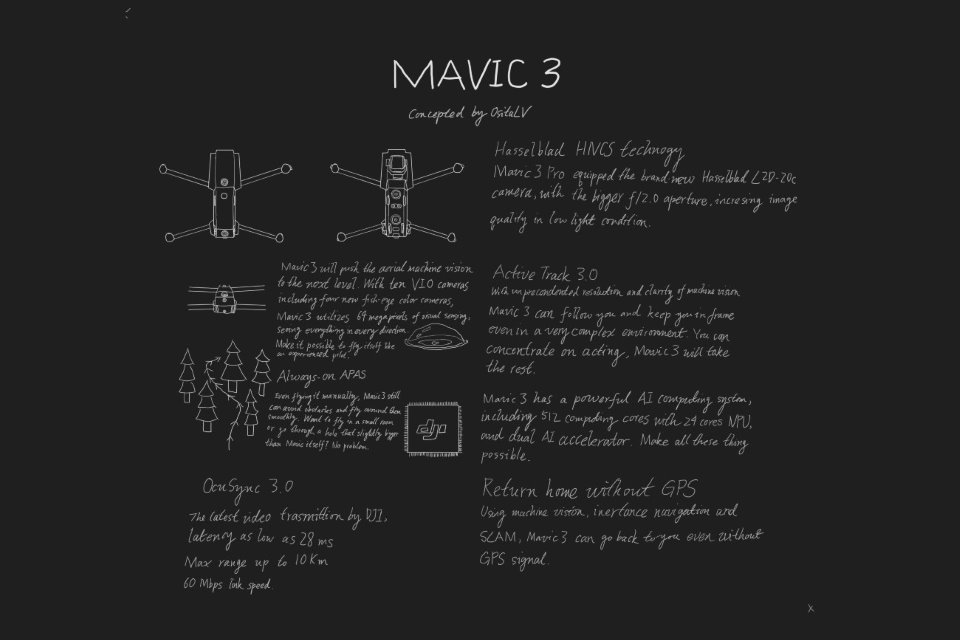 According to the leaks, this drone will have these following specifications:

As far as improvements are concerned, there isn’t a lot to share. But the upgraded 4KUHD 60 FPS video capabilities is a welcome change. It is nowhere that close to the level of video capabilities that the Autel EVO 2 drone will be bringing.

For those professional aerial photographers who want to use this drone for mapping purposes will be disappointed with the fact that it still uses a camera with rolling shutter feature. It appears that global shutter feature and built-in mapping capabilities are still reserved for Phantom pilots.

The introduction of DJI Mavic 3 drone is a nice change that focuses on the core safety. Which DJI spearheaded for enhancing drone safety while in flight. ADS-B receivers is one of these newest additional features that allows the drone to broadcast its location to nearby drones and monitoring stations.

Furthermore, this drone will be equipped with 10 visual-sensing cameras that utilize 64MP of data. Thereby pushing the overall quality of stills and videos even further. DJI is also implementing an unique feature that will allow the Mavic 3 Pro drone to return home without the need of GPS to pinpoint its home location.

DJI rolled out both Mavic Mini and Mavic Air in 2020, which marks as their first drones to offer significant upgrades such as longer flight time, bigger remote control distance and packed with solid performance.

Some professional and recreational remote pilots are wondering how DJI are going to pull off with the upcoming Mavic 3 Pro. If we wanted to have longer battery capacity so that the drone can stay airborne, it would require increasing the battery size.

DJI is reportedly to be developing a new type of battery that will provide longer battery lifespan while keeping the size small and lightweight. Along with rumors of a brand new battery type for DJI Mavic 3 Pro drone, it is also expected to come with improved camera capabilities in order to compete with Autel EVO 2.

What do you think of the potential DJI Mavic 3 Pro drone that company is planning to launch it hopefully soon? Share your thoughts with us by commenting in the comments section below.