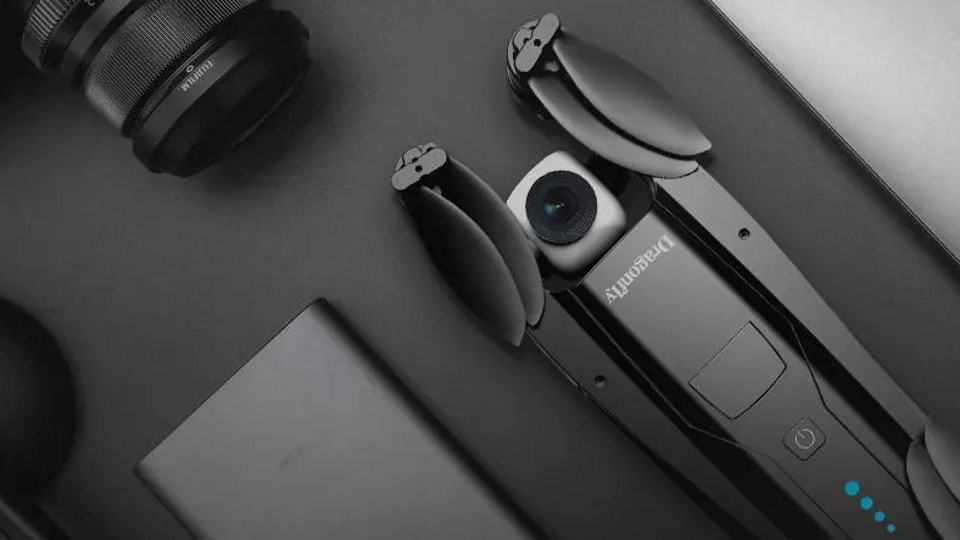 If you are looking for a Parrot Anafi clone, meet the Dragonfly KK13 drone. It is currently one of the best camera drones under $300 and surprisingly affordable with built-in 4K HD camera capabilities.

For beginners, choosing the right drone can be quite challenging and tricky. Which is why we created an in-depth Dragonfly KK13 review to help buyers like you make the best decision on which drone to buy.

There’s a lot of drones to choose from the deeply popular Holy Stone HS720 to budget-friendly F3 Pigeon Pro and Matavish 3 drone. As drones are evolving over the time, they are getting longer flight time and better camera capabilities at an affordable price tag.

Beginners who have never flown a drone before will definitely love the Dragonfly KK13 quadcopter. That’s because it is integrated with a GPS module designed to enhance flight experience and simplify flight controls.

Before you buy Dragonfly KK13, aka the baby version of Parrot Anafi. Stick around with us to learn more about this smart camera drone in our in-depth Dragonfly KK13 review.

The Dragonfly KK13 drone comes in jet black coating that gives out professional and solid appearance. With foldable motor arms, you can easily fold inwards and outwards. If you are traveling around, all you have to do is store the drone inside your backpack on the go. 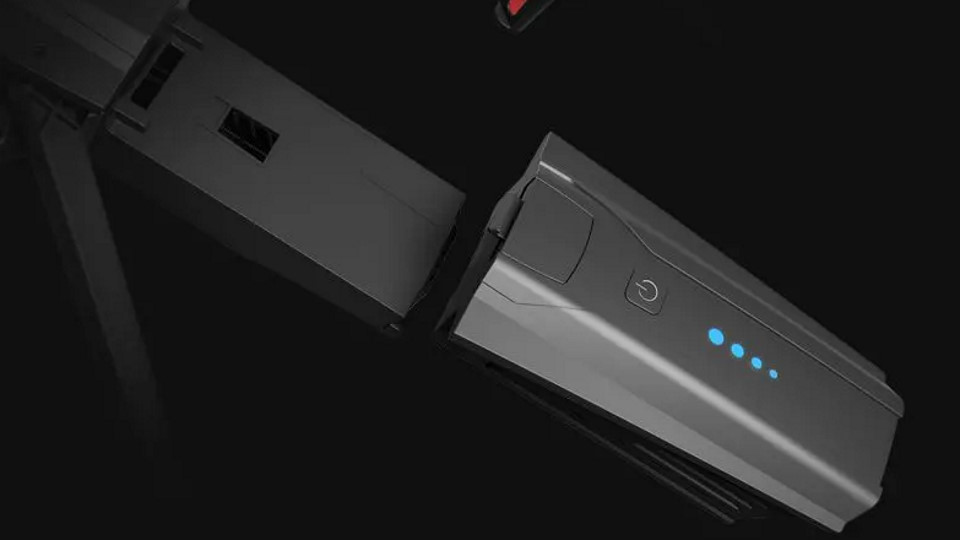 The propellers use aerofoil technology which makes them foldable as well. It was first launched by DJI Mavic Pro as a standalone foldable drone. On the back is where the 3,000mAh battery is located at. A single fully charged battery will provide Dragonfly KK13 drone up to 28 minutes of flight time.

At the front is where the 4K HD camera is positioned at. It follows a similar design to the Parrot Anafi, except it is mounted on a 2 axis gimbal stabilizer. Which means it is able to rotate vertically and horizontally, but not roll.

For visual assistance, each motor arms are outfitted with LED lights. It is a great way to maintain sight on the drone during flight session, especially when it gets dark outside. Overall, the Dragonfly KK13 is a slim and compact drone built to last with thick and high-quality ABS plastic.

This is actually partially true. While it can capture 4K still resolution in FPV mode, it will only save stills and videos at 2592 x 1520 to the microSD card. It might come across as a bit of a disappointment for some avid aerial photographers. But considering the fact that major streaming platforms like YouTube still use 1080P HD as their standard quality, it shouldn’t bother anyone that much. 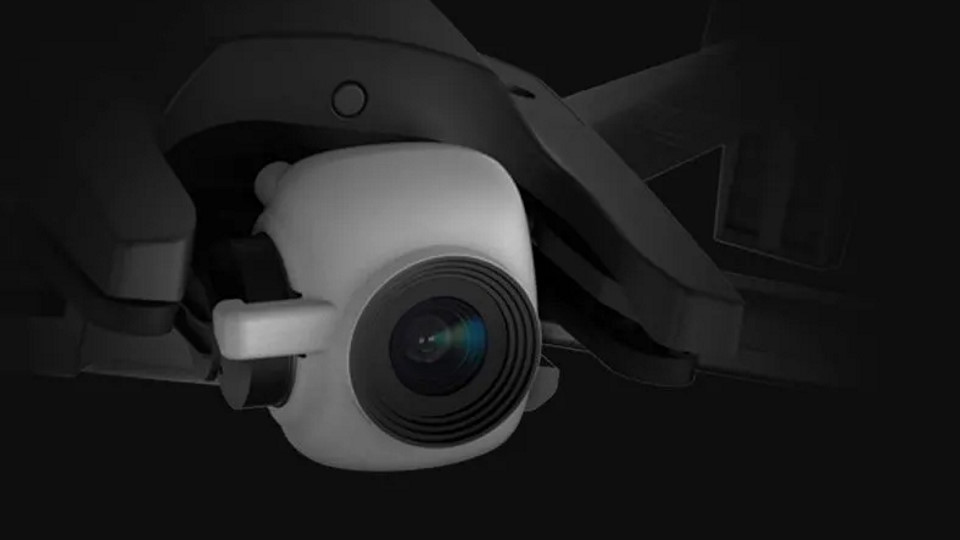 We sifted through the customer reviews and found some customers said that the microSD card does not work with this drone. This often is an issue if you are using a microSD card that is not formatted properly for this camera drone.

We recommend purchasing a 32GB microSD card to go with Dragonfly KK13 drone. Any microSD card higher than the recommended memory capacity and you will have to format it entirely to work with the drone.

When it comes to quality of footage and stills, the Dragonfly KK13 drone has done a great job at keeping animation smooth and fluid. Thanks to its built-in 2-axis gimbal stabilizer, it eliminates most of the vibration and retains footage professional-like.

While the Dragonfly KK13 drone is definitely smaller than its grand sibling, we want to point out that this camera drone has an amazing flight time and range. As we mentioned previously in this review that a single battery pack provides up to 28 minutes of flight time.

At the price tag that the Dragonfly KK13 drone is going for, it definitely beat some of strong contenders like Holy Stone HS510, Ruko F11 Pro, and Potensic D88 for instance. Although, as good as it sounds, you should expect a real-time of 25 to 26 flight minutes. 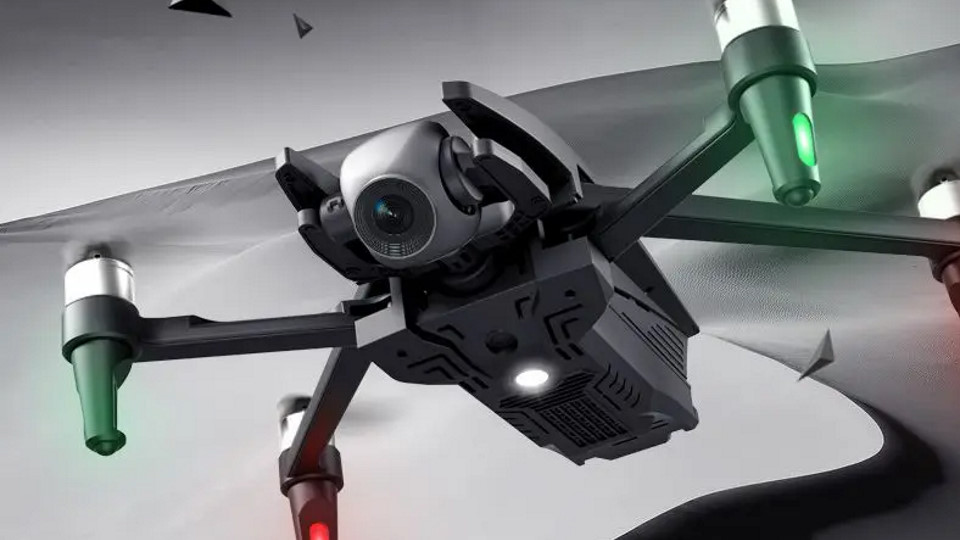 That is to account in the time it takes to power on the Dragonfly KK13 drone. Furthermore, you do need to have at least a few minutes of battery juice to perform landing as the drone can’t operate on a depleted battery.

The next part of our in-depth Dragonfly KK13 drone review, we will talk about this quadcopter’s flight performance. Basically, a smart camera drone will automatically fly on its own with a built-in autonomous flight system.

This means manual controls such as trimming stability and maintaining a steady position is done automatically via communicating to the satellites in space. Beginners will have an easy time flying the Dragonfly KK13 drone as it relies solely on command inputs from the remote pilot. 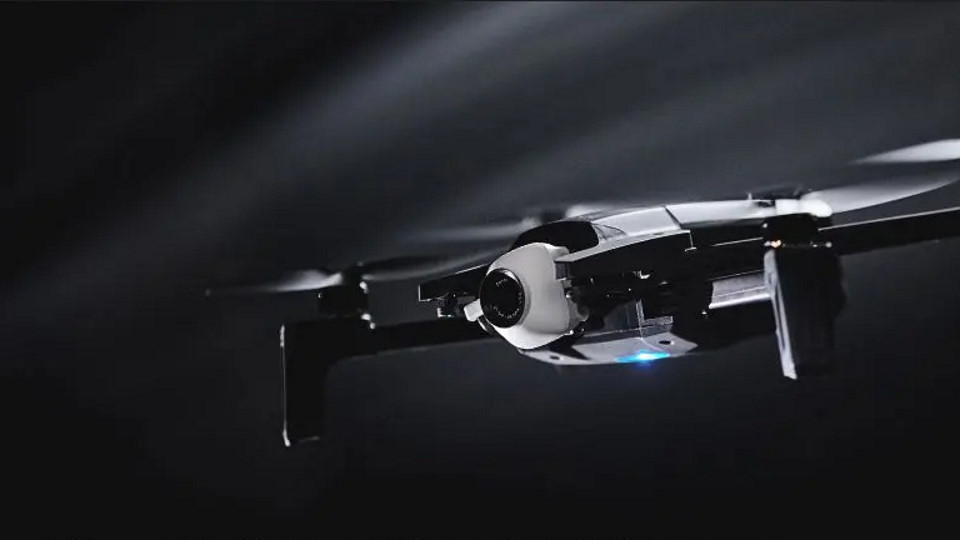 The Dragonfly KK13 drone has a maximum flight speed of 38 miles per hour. Which gives it a resistance against Wind Speed Level 7. This means the baby Parrot Anafi is only great for flying outdoors when the weather is gentle but not against moderate and heavy winds.

Regardless, this camera drone’s brushless motors helps deliver long flight time and better performance for sharp turns and precise movement. The flight controls are simplified so that a beginner with no prior flight experience will have an easy time learning how to fly.

Believe it or not, the Parrot Anafi clone is chock-filled with smart features. Mainly because it has a built-in GPS module. Which means a lot of features are dependent on the GPS module to perform.

For instance, the Dragonfly KK13 drone can perform intelligent flight modes. Do you want to create an overview footage of someone stalking around the park? Select Follow Mode and set the target on follow. The drone will follow anywhere the person goes. 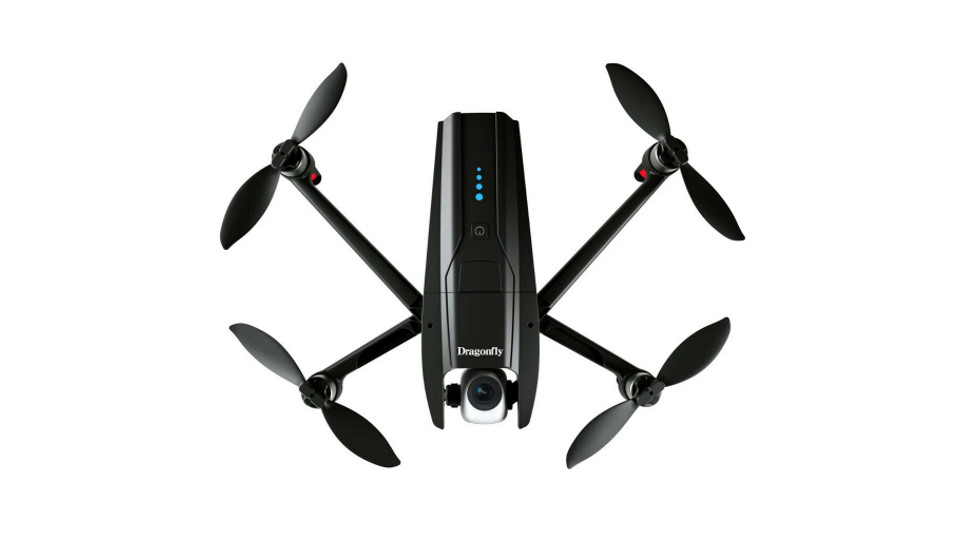 If you want to have an easy time creating 360-degree videos. All you have to do is navigate to Orbit Mode then adjust the settings. Once you are happy, tap on start to begin recording the videos.

Another cool feature is the speed control. If you are completely new to flying drones. This camera drone will be set to the slowest speed by default so that you can learn the rope. Once you master the basics of flight controls, you can adjust the speed setting to improve your piloting skill.

Lastly, if you have a hard time seeing the drone or accidentally lose sight of it. Simply press the Smart Return to Home button and the drone will automatically return to the home point. It’s a useful smart feature to have just in case.

The Dragonfly KK13 drone is a slim and compact foldable smart camera drone that is packed with superior flight time of 28 minutes. In addition to that, it boasts 1,200 remote control distances that gives both beginners and recreational remote pilots the ultimate aerial freedom to soar around.

This drone is packed with advanced features such as the ability to shoot and record footage at a mouthwatering 4K resolution quality. Plus you can command it to perform intelligent flight modes to simplify and get creative with the footage. It’s a solid drone pick for anyone looking to jump into the world of drones.

If you are looking for a solid bird to start with. The Dragonfly KK13 drone is a clear contender that shouldn’t be overlooked at all. Beginners will have an easy time flying this quadcopter and its thick high-quality ABS plastic makes it one of the durable drones at a competitive price.

We hope you find our in-depth Dragonfly KK13 review helpful and informative. If you have any questions about this foldable smart camera drone, feel free to ask in the comment section below. Happy flying and stay tuned for more deals at Gears Deals.

The Dragonfly KK13 drone is a slim and compact foldable smart camera drone that is packed with superior flight time of 28 minutes. In addition to that, it boasts 1,200 remote control distance that gives both beginners and recreational remote pilots the ultimate aerial freedom to soar around.

90%
The Dragonfly KK13 drone is a slim and compact foldable smart camera drone that is packed with superior flight time of 28 minutes. In addition to that, it boasts 1,200 remote control distance that gives both beginners and recreational remote pilots the ultimate aerial freedom to soar around.